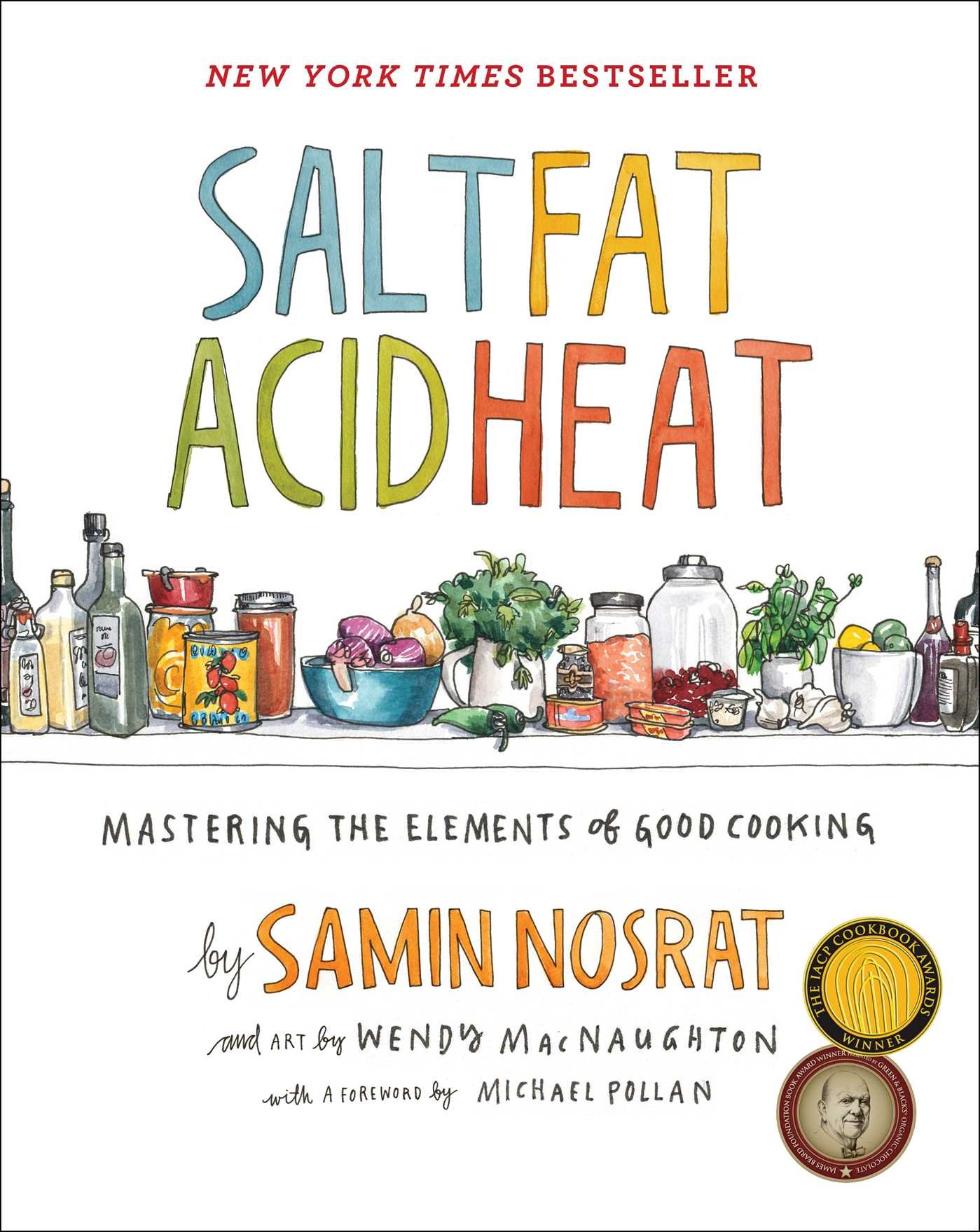 I have a *massive* food crush on Samin Nosrat.     She has the enthusiasm and food joy of Julia Child.     She’s a natural teacher.     She doesn’t want to impress you, but rather wants to demystify everything about the kitchen so that you can cook well. And by you, I mean everybody.     She doesn’t want you to follow exact directions.     She wants you to actually understand. That’s pretty powerful stuff!

I first picked up the audiobook of Salt, Fat, Acid, Heat and listened right through. I couldn’t turn it off. I thought Claire Danes was narrating it. No, that’s Samin. They are voice doppelgangers. I got to the end and she referenced some chart printouts you can access online and mentioned that the physical book has recipes to practice the principles of the book. What?! Now I had to pick up a physical copy, too. <I totally raised a judgy eyebrow.> No matter. I’ve listened to the audio book 4 times now, so I think I can safely say I got my money’s worth.

That physical book. It has really cool charts in it. I’m a little herb and spice obsessed, so I didn’t need the global flavor wheel, but a noob to international cooking would have a blast with it. There’s a salting calendar, basic salt volume ballpark numbers, an international fat wheel, and an international acid wheel. All of those can be printed from the audio book link. Then there are the recipes. What skill do you want to practice? She lists the skills and a few recipes to choose from to practice those. Those are just in the physical book. 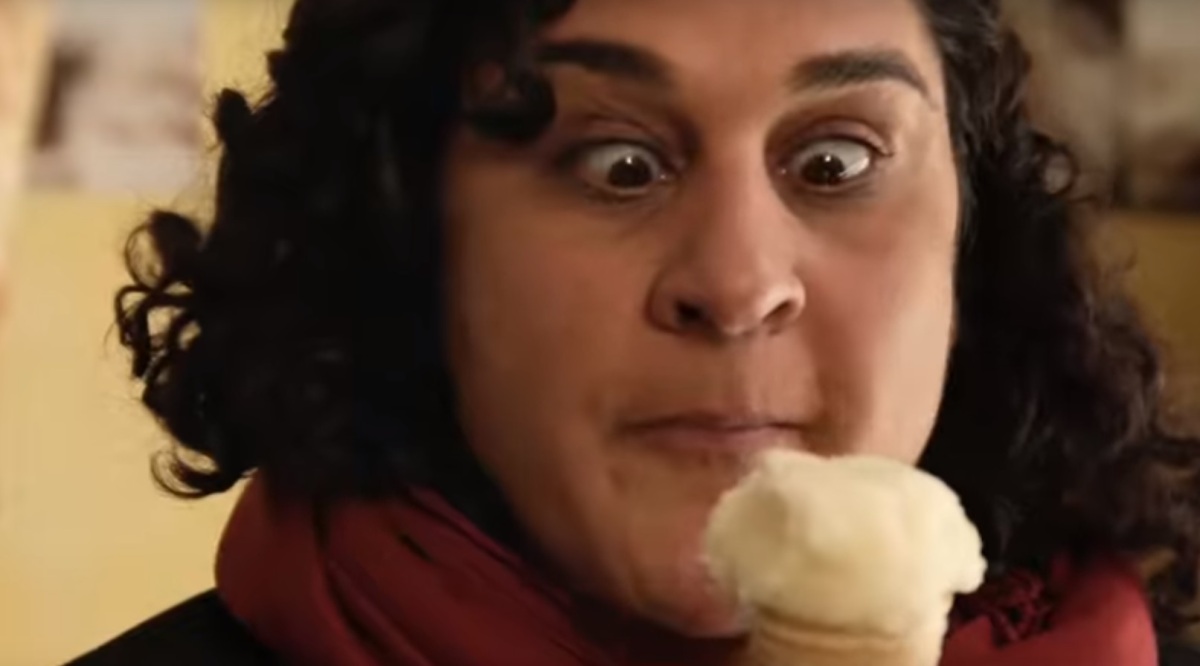 Then there’s the show. So far, it’s wonderfully entertaining. You will love Samin. She is crazy loveable. Her joy is contagious. She’ll make you curious and you’ll want to try everything. Her guests are terrific. The places and topics are fascinating. And her expressions!!! She looks like a kid shocked by the perfect gift when she gets impressive ice cream in her mouth! ❤ But it’s not super actionable and educational, like the book – yet. I hope it will be. It would be wonderful if she continues with episodes cooking with us and explaining what you should be looking for and what she is seeing the whole time.

Who’s the book for? Anyone who wants their food to taste its best. The only people I think it wouldn’t be for are those that eat to live, and don’t actually care how it tastes as long as they’re being fueled appropriately. I’ve heard they exist. LOL!

I tried some of the recipes, and they were wonderful. I didn’t ask for permission to share one, though. Duplicating a set of exact steps is not what she’s about. She wants to convince everyone to taste constantly and thoughtfully. 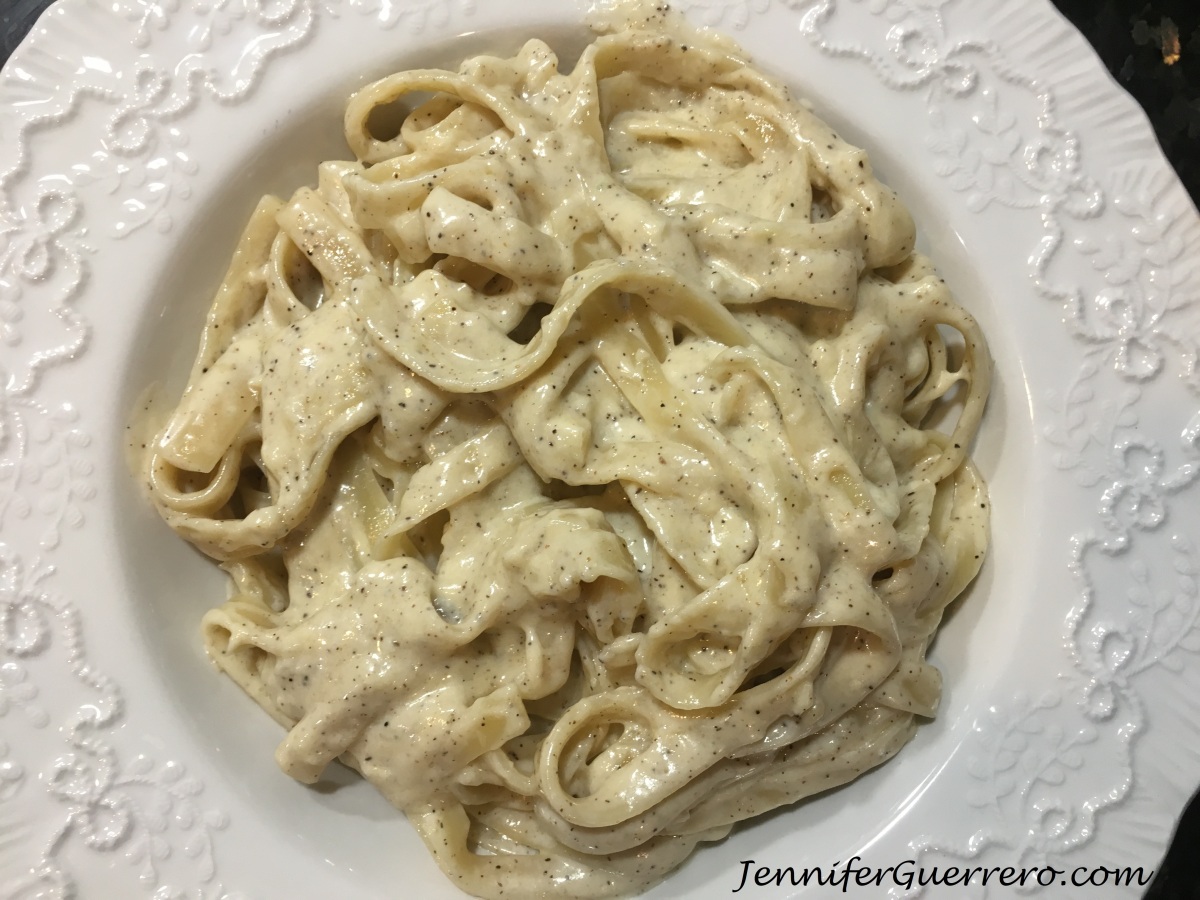 Her fettucine alfredo was wonderful. Simmering and reducing the heavy cream by half without it bubbling up over the edges was the only challenge. (Salt and fat lessons)

Her buttermilk chicken. (This one hits all four lesson boxes – salt, fat, acid, and heat.) Holy wonderful chicken, batman! You spend 5 minutes (if that) getting it salted and into its marinade the night before. Then you let it come to room temp while the oven preheats, and it spends an hour in there, being moved once. Perfectly seasoned, super moist chicken. Zero effort. I made it a second time on the rotisserie on my grill out back. Flippin’ irresistible!

Persian-ish rice. (Heat lesson) Okay, I watched her do this one on the show and she  motioned to her big nonstick pot with a lid and said, “Every Persian Mama has one of these big pots from TJ-Maxx to make their rice.” I wasn’t going to argue with every Persian Mama, so I ran over to TJ-Maxx and bought one, too. Then I opened the book, and she makes it in a cast-iron skillet in there. <Don’t tell my husband that the pot was unnecessary, okay?> It worked beautifully, so I’m glad I picked it up. There are slight differences between the show and her book, which really highlights that she’s working with basic ideas rather than committing to how something’s done, and that she goes with her cooking mood a bit. Samin uses a yogurt blended in with a shallow layer of rice at the bottom and wraps the lid in a towel. I remember using America’s Test Kitchen’s recipe before and they did the exact same thing. The first time I had Persian rice with tahdig was at a girlfriend’s house, and she did not use any yogurt. Maybe that’s why Samin is calling this Persian-ish rice? Anyway. Her method is really easy and it’s fantastic! My tahdig came out in one perfect piece the second time. <happy eyebrow bounce> I stirred the steeped saffron right into the rice that time so it would be evenly blended. (top layer, not the bit pulled to the side and mixed with yogurt) 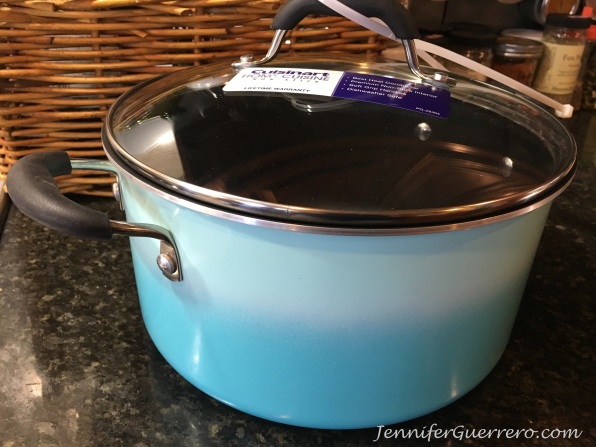 Bean and roasted veg salad. Okay, this is my favorite so far, but it’s not why you think. I learned something with this dish. Clearly, acid is where I could stand improvement. She has you soak beans overnight, then cook them in simmering water with a splash of olive oil, a few bay leaves, and a sprinkle of salt til they’re done. They should be creamy all the way through, but not defeated. She doesn’t give the timing and wants you to test until you understand. (For noobs, I’ll mention that it should be somewhere in the neighborhood of an hour so that you don’t bite a raw bean at 30 minutes.) She has you make a very acidic dressing for it, using more red wine vinegar than olive oil. Soak shallots in the vinegar at first to take their raw sharpness out, like you do in dishes with a Spanish influence. It should make you pucker from the sour punch. Once it was on the beans, it was perfect. I was thrilled, because I would have used way too little acid, and that took them from boring to craveable. Kisses to Samin for that one! She has you roast broccoli (she uses Romanesco, but it costs 3 times as much as regular and wasn’t looking particularly fresh at my grocer that day, so I went with plain old broccoli), cauliflower, Brussels sprouts, and carrots tossed in olive oil and salt and spread on separate pans – or at least separate ends of pans – at about 425 F until they are nicely browned. She doesn’t give a time because she wants the cook to watch for done-ness instead of an arbitrary time that would have varying results from one house and oven to the next.  You plate it with the vegetables loosely layered, then the beans, a sprinkle of za’tar (careful if you’re a Penzey’s head, because it has salt in it and Samin’s didn’t) and then fatty feta cheese and piles of herbs (it looked like cilantro, dill, and mint. I had parsley, too, so that joined the party) right in the center. She finishes it with Maldon salt. It’s glorious. Make this the next time you’re entertaining vegetarian friends. Or skip the feta for vegans. It’s a great punch of flavor, but the salad definitely doesn’t *need* it. This one’s not in the book. Or on the website (yet), so it’s particularly fun to play with, because you have to learn to trust yourself and taste thoughtfully as you go along to make it. The only thing I did differently the second time was make it a bit bigger. I had dreams of leftovers…. 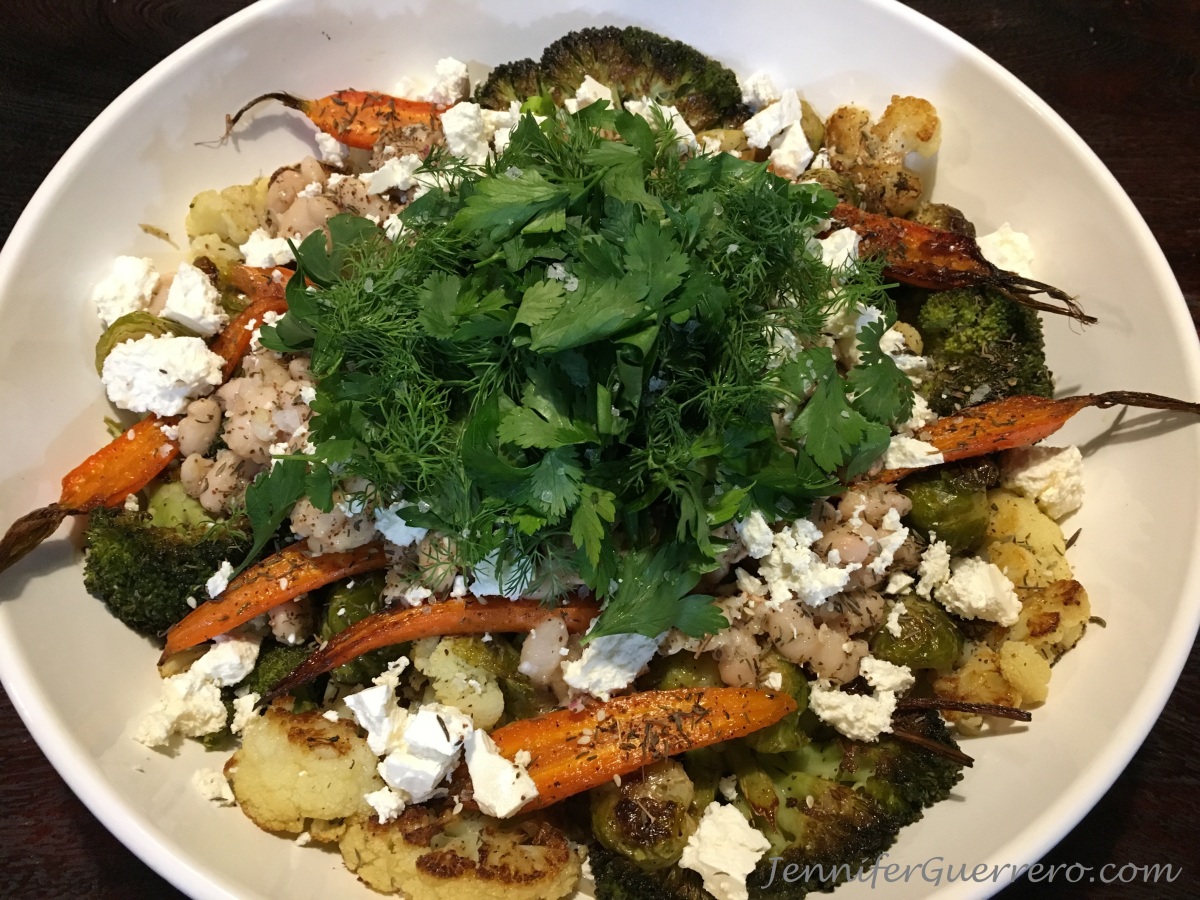 Edit, November 8th… I made her Caesar salad with torn croutons last night. Absolute perfection! She gives mayonnaise instructions for a high speed blender that just don’t work in a Vitamix. The blade is too high to make contact with a single egg yolk, so if you have a Vitamix, this recipe works perfectly (Just make sure to use the drop down for your blender model – they vary. It doubles really well by the way…), and then you can hop back into Samin’s Caesar salad. It goes really well with your favorite local pizza place. 🙂 We went with Italian sausage, pepperoni, roasted garlic and extra cheese, but you do you.

Go watch that show! And get that book! You’ll hug me for it. Have you seen it? What’s your favorite so far?

<Okay, I apologize for the weird spacing for emphasis in the first paragraph. My husband was laughing at me because I was restraining my need to put an exclamation point at the end of each sentence. It’s very difficult to contain all this foodthusiasm. We went and listened to David Sedaris speak a few years back and between stories he was chatting. One of his little sidebars was about the overuse of the word awesome in America. I sat listening, cringing with self-awareness of my guilt with that one. I spent the next month biting my lip to keep the “awesomes” from falling out. I read on Facebook, listened at dinner club, and book club, and the awesomes were everywhere. Sometimes, awesome is the most appropriate word, though, isn’t it??? I know that if I stick an exclamation point at the end of everything for emphasis, nothing is emphasized.>

I’m an Amazon affiliate. Any time you use one of my links to make a purchase, Amazon gives me a tiny percentage. Thank you! 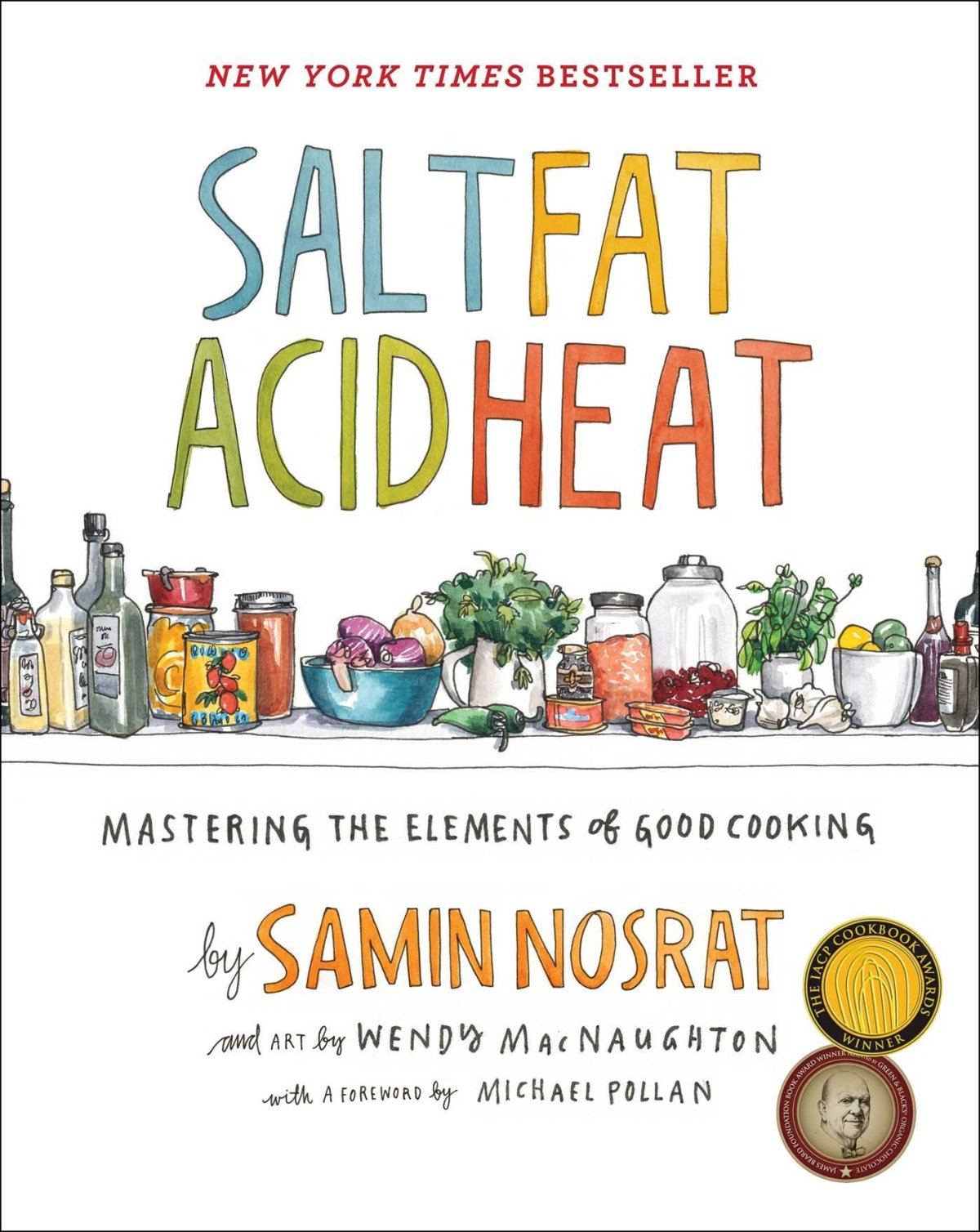